A downloadable game for Windows and macOS

After a heated argument with her Father, a desperate Bay Dawes runs to the woods and digs up a box of her Mother's belongings.  These few but precious items she gathered before her Mother went to Witherington End Asylum are all she has left of her. Within the box, there is also an ornate bottle full of a strange dark liquid with a faded but inviting label promising to transform her into her most perfect self.

But this is a dangerous concoction that never should have been brewed by her alchemist Mother, let alone fall into the hands of her only child.

Wiping away her tears, Dawes lifts the bottle out of the box and without a second thought, she drinks the potion. Seconds later, her balance falters and drops the bottle. As the few remaining drops drip into the soil, she stumbles to the ground, her eyes facing the now empty bottle.

As she begins to lose consciousness, her attention is briefly caught by blurry small print on the label before she closes her eyes

Warning: Can cause memory loss, paranoia, hallucinations, insanity and death.

Dawes slowly regains consciousness as sounds of birdsong, and the unhealthy groan of her computer fill her ears. This provides her with some comfort and confirmation that she is back in her bedroom. Glancing over to her monitor, Dawes notices she's received an email. Getting up slowly and while still unsteady on her feet, she walks over to the computer to further inspect the note. The mysterious email from an unknown sender warns her to leave home as she's being accused of murdering a missing boy, and they're coming for her... Whoever 'they' are...

Prank or not, the problem is, Dawes can't remember what she did over the last 24 hours. To find out what happened, she might need to have conversations with inanimate objects to help her remember.

Join Bay Dawes and her dead pet rabbit, Dink on their adventure to find missing memories and to unravel the mystery of who is. 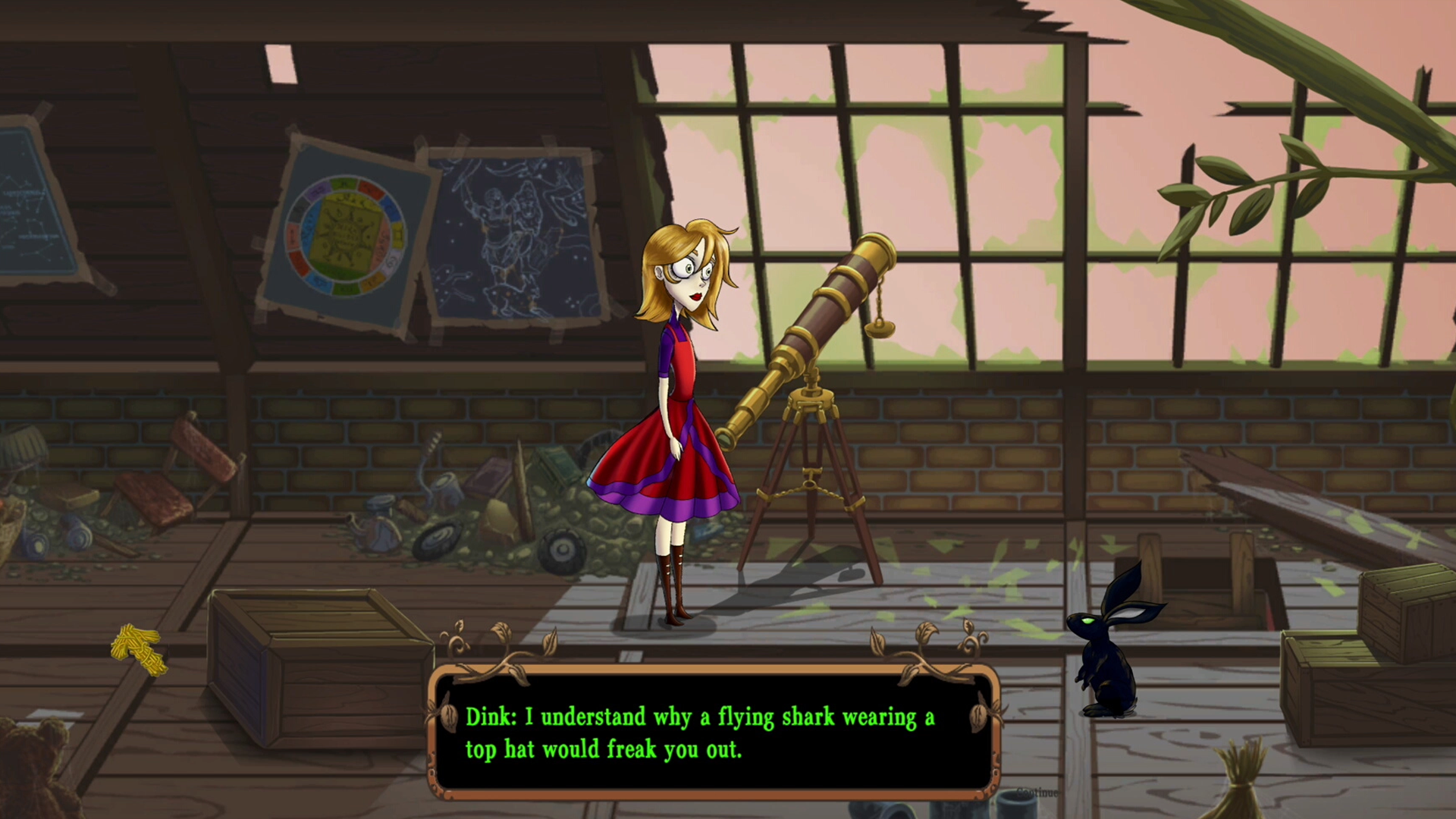 - Play as Bay Dawes with the ability to switch to Dink, the rabbit in some scenarios.

- Meet a variety of strange and intriguing characters to interact with.

-  Read Dawes' journal to track progress and to reveal her inner thoughts.

I just finished the demo and I am so looking forward to this game!

Hi, I saw your game on the IWO site, and was wondering if you'd like to enter the indie game contest to win free voice over from my company, Marvelous Spiral Studios. The info is right here: https://marvelousspiralstudios.com/contest/

I really need more of this game. I played the demo and I loved it, I'm dying to play the full game.

Thank you key_chan, I'm so glad you liked it. I'm still working hard on the game and considering a Kickstarter to help with the funding.

Have a wonderful day and weekend :)

Reply
Alpha2 years ago
I loved this, the art style and story is so amazing.  I cannot wait to play the full game! I want to know more it's like reading a really good book I cannot put it down. 👏👏👏👏
Reply
JinxItGames2 years ago

Thank you for playing the demo AlphaWolf, I'm so glad you liked it <3

Point and click games are coming back in a big way and I am thrilled :)

Thanks for playing the FD demo (and for finding a bug I need to fix!) Cheers, Caroline

This game is really not bad. I am gonna make a second part of this. I am just very slow in such games. Yet I do really like it.
Great work.

Thanks Nakarama for the feedback, really appreciate it!

I might need to remove the cuckoo clock event as the result doesn't appear in the demo. You're not the first person to search everywhere upstairs looking for something different and find nothing! So apologies for that and to everyone else!

Thats okey. I still appreciate it. This demo is not half bad.

Sorry by the way for butchering the text. I am not the best reader.

A really interesting demo that has some cute and creepy moments throughout. Looking forward to how the time travel works out, and Dink is freaking adorable.

Thank you for playing the FD demo, I'm so glad you liked it.

A good intro to the Framing Dawes world, I can't wait for the full Episode 1 and moar puzzles. :) And maybe meeting dad... he must be scary...

Thanks for playing the FD demo, I'm really glad you liked it. 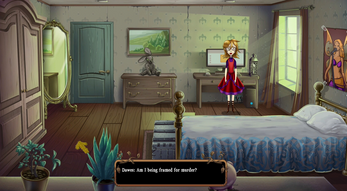 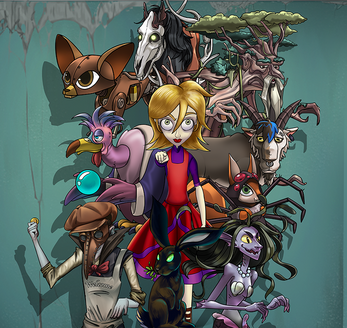 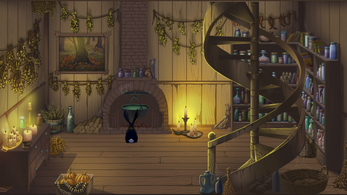 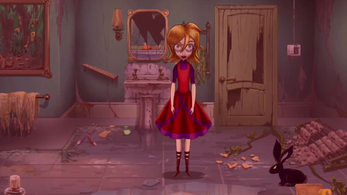 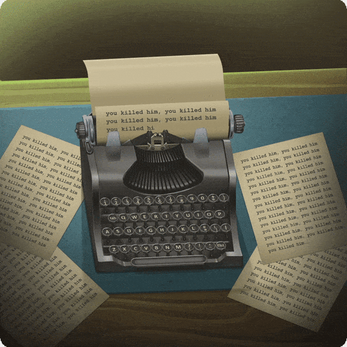 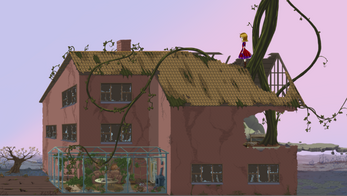